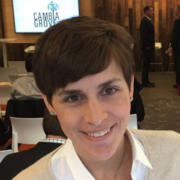 Jessica Tonani is a biotechnology professional with over two decades of experience in life sciences at firms. Jessica is an entrepreneur having founded multiple companies. Currently, Jessica is the CEO of Verda Bio; a marijuana research company which she co-founded. Verda Bio is performing genomic, analytical and agricultural research on cannabis and cannabinoid-based therapeutics. Jessica has been active in changing cannabis research legislation. She has worked on multiple pieces of legislation enabling the research of cannabinoids in Washington State. Verda Bio has one of the only State issued cannabis research licenses in the country. Verda Bio has sequenced the genomes of Cannabis Sativa plants, collaborated with leading research institutes, and tracked feedback from users to create a high-quality line of plant-based topicals; commercialized under the tradename Basic Jane. Jessica has been named one of the most interesting people in cannabis by Seattle Times and a cannabis leading lady by Cannabis Now. Additionally, Jessica has been widely quoted as an expert in publications such as Nature, Science, Popular Science, Bloomberg, High Times, Genome Technologies and Entrepreneur. Jessica was a Howard Hughes fellow with an MS in immunology and a BS in microbiology.